The Presentation Secret Weapon (You Should Be Using) 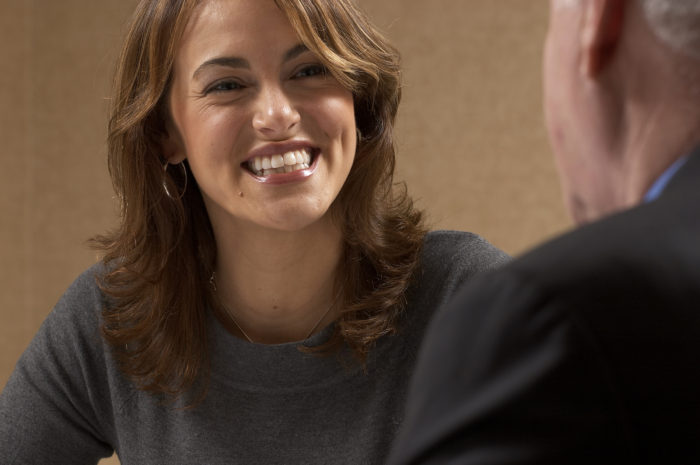 26 Jan The Presentation Secret Weapon (You Should Be Using)

What if you could dramatically improve the way your audience receives your next presentation? You can. And the answer lies in a very simple move.

Here’s the scoop.   A musician friend of mine recently attended the Aspen Music Festival and was fortunate to attend a master class on the cello. In order to prove a point, the instructor asked the audience to close their eyes while a cellist played a short piece of music.

What was the difference? When the instructor whispered to the cellist, he said, “Play it again, but this time smile while you play.” Smiling has a peculiar, but powerful effect on our ability to perform a task. In this case, the cellist’s movements were more fluid, there was more emotion in her playing, and there was even a tangible increase in her energy level.

If you’re willing to smile, you can generate similar results in your next presentation (even if you don’t feel excited about speaking). A recent German MRI study showed that smiling boosts positive neural feedback in your brain, which is a fancy way of saying smiling makes you happier. In other words, your physical demeanor (i.e., smiling) can positively impact your mood.

And the best part is that smiling is not just for you—it also works for your audience. In a noted Penn State study, researchers found that when you smile, you appear more likeable and more competent. Cha-ching! I don’t know about you, but I’ve never been afraid of being viewed as extra competent.

YOUR TURN: As you stand up to deliver your next presentation, be consciously aware of your facial expression and try to smile. Let the audience know that you’re happy to be there and let them think you’re more competent at the same time. They will respond accordingly.

Caveat: I don’t recommend flashing a toothy grin if you’re laying people off or delivering really bad news. But in just about every other case, fire up a smile.

Sorry, the comment form is closed at this time.

We use cookies to ensure that we give you the best experience on our website. If you continue to use this site we will assume that you are happy with it.Ok